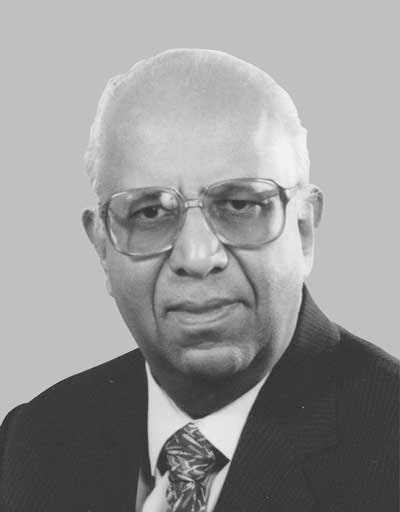 The story goes that Chandra Wijenaike had a friend who owned a car showroom in Kandy who said that when he needed to obtain financing, he had to travel all the way to Colombo. Wijenaike – who had dropped out of university when his father was taken ill – was taking care of the family estates at the time when he had a brainwave: why not start a finance company in Kandy?

It is also said that he made the decision to embark on the venture without undertaking a feasibility study and with capital of a mere Rs. 170,000. Wijenaike ostensibly set up shop in a rented room at the Kandy Garden Club.

And so in 1957, the Central Finance Company (CF) was founded in Kandy. It was the first licensed finance company in the old hill capital and was authorised to accept deposits from the public by the Central Bank of Sri Lanka.

Business was a little slow in the early years. It was a relatively new concept and inhabitants of the hill capital are notoriously cautious, and unhurried about embracing change and innovation.

In time though, Central Finance thrived and grew; and to Wijenaike’s delight, it was listed on the Colombo Stock Exchange (CSE) in 1969. When the central bank called for a consolidation of the financial services industry, the company acquired a 90.1 percent stake in a small-scale finance company based in Kandy in November 2014.

In 2019, the company gained an ‘A+’ rating from Fitch Ratings and today, perhaps the island’s oldest non-bank financial institution (NBFI) owns a number of subsidiaries including Central Industries and Kandy Private Hospitals. The company has also invested in the Tea Smallholders Factories.

Under Wijenaike’s guiding hand and entrepreneurial eye over nearly five decades, the Kandy-based finance company now caters to a diversified market and is considered a blue chip NBFI with a solid reputation, which reflects the people’s trust in his integrity and business acumen.

But perhaps what gives its founder the greatest sense of accomplishment – in an island whose enterprises are often established and driven from the commercial capital, and have access to the lion share of markets and profitability – is that his is the only finance company that has grown to a national level from its beginnings in an outstation.