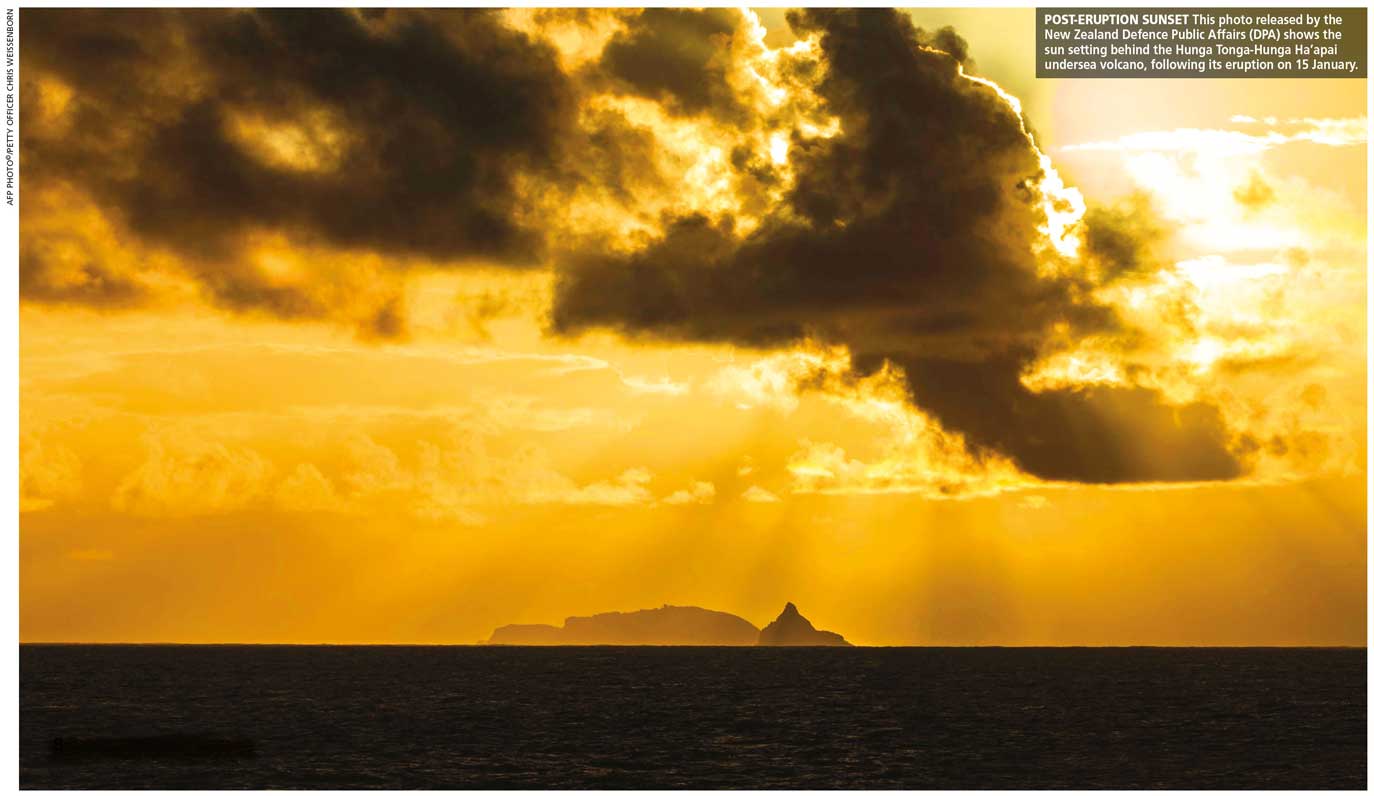 When the British poet Alfred Lord Tennyson wrote “Cannon to the right of them, cannon to the left of them,” he was referring to the Charge of the Light Brigade in 1854. It was hell; but in war, it’s expected.

On the other hand, modern-day New Zealand and the South Pacific appear to be tranquil on immigration and tourist brochures – but the flyers don’t tell you what lies beneath the placid picture postcard surface.

If I were to paraphrase the Victorian poem, it would go something like this…

Sputtering and spewing…
totally unnerving
if one thinks of them;
but we ignore, and play
cricket and rugby
till the big one comes!

It’s a matter of practicality. One gets used to the idea… and life goes on. I lived through 10 years of the civil war in Sri Lanka while the country fought for equality of language, religion or race… or out of a 2,500-year-old addiction to killing each other.

The Israelis and Palestinians have decided to fight until they annihilate each other, vying for the left and right ears of the same God of Abraham… and life goes on.

Volcanoes pop up in our minds when events such as the eruption of the underwater Hunga Tonga-Hunga Ha‘apai volcano in Tonga occurred on 14 January. The Kingdom of Tonga comprises some 170 islands of which 36 are inhabited. The eruption affected a population of more than 100,000 people.

Tonga’s government confirmed that all the houses on the island of Mango where 36 people live were destroyed. Only two houses remain on Fonoifua Island and extensive damage was reported on Nomuka, which is home to 239 people.

The volcanic eruption was the largest recorded in 30 years. A huge 20 kilometre high mushroom cloud of smoke and ash was followed by a tsunami, and the eruption was heard as far away as in Australia, New Zealand and even Alaska. It caused tsunami warnings to be issued across the Pacific Ocean and 5.7 metre high waves reached Chile.

Scientists say the explosive force of the recent volcanic eruption near Tonga was likely the loudest event that the planet has experienced in the past century or so. It was reportedly 600 times more powerful than the nuclear bomb that was dropped on Hiroshima during World War II.

NASA researchers have estimated the power of this volcanic eruption and Chief Scientist at its Goddard Space Flight Center Dr. James Garvin says: “We have come up with a number that’s around 10 megatons of a TNT equivalent.”

Waves as high as 1.2 metres hit the capital Nukuʻalofa and its inhabitants fled to high ground, leaving behind flooded houses while rocks and ash rained from the sky.

New Zealand has a special arrangement with Tonga and other Pacific islands, and runs a ballot scheme by dint of which Tongans come to that country to work, study and live.

The mound of Mount Roskill, a suburb in Auckland where I reside, was formed as a result of volcanic activity around 20,000 years ago. Its peak, which is located in present-day Winstone Park, is 110 metres high and comprises one of the many extinct cones that dot the isthmus of Auckland. The 50 volcanoes within Auckland’s 2,590 square kilometres are all asleep… thankfully!

And the Auckland volcanic field is considered active – with the last eruption occurring approximately 600 years ago on Rangitoto Island. Rangitoto is a favourite day trip by ferry for Aucklanders in the summer and a ‘must-visit’ for most primary schools, as the trip combines lessons in history, geography and geology.

We sit on the Pacific Ring of Fire; and from time to time, our seats get warm. Most households have (or are recommended to have) an evacuation plan and an emergency bag. We should have emergency supplies for three days; but being human, we don’t think it will hit us.

Our volcanoes (maunga in Māori) are among the many aspects that make our landscape so unique. They also hold historical, spiritual and cultural significance for Auckland Māori.

Our national anthem is sung in Māori first, and then in English; and yet, the All Blacks win rugby matches without any detraction of national pride.

If the volcanoes don’t get me, the tsunamis will. Life goes on in the southernmost corner of the world – and it will continue to look like a picture postcard… until the ground erupts.