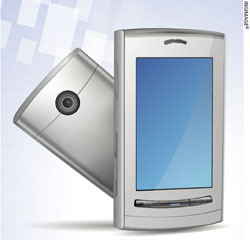 With the advent of mobile phones and social media, my own reaction has been cautious. In fact, it’s been rather ambivalent. I did not rush to use the tools of communication that were so suddenly and unexpectedly bestowed on the public – for the greater part, a completely uneducated public.

After all, how many people were really trained in the use of these brand-new means of communication that suddenly became absolutely essential in offices, other places of business, schools and so on?

And how about their impact on schoolchildren?

Sheer necessity forced the offices of my school to computerise certain functions; and instead of looking forward to the daily post, I began to dread receiving annoying faxes.

Parental excuses for absence, applications for admissions, complaints against a strict teacher, requests for interviews and hundreds of other missives came through fax, and took away the pleasure and excitement of opening the daily mail.

No longer did one wait for a week to pass before expecting an answer to a missive sent by post – yes, a standard letter with a stamp on it that was dropped into a mailbox. Instead, senders now expected replies within minutes through our brand-new fax machine.

A query from Ghana about a placement for a child in Grade 4 expected an answer within the hour. It was all so unsettling; and for a long time, I viewed that machine to be a total invasion of my peace of mind. I almost threw a party the first time I was able to send and receive a fax on my own!

We soon moved on to computers that I also (sort of) managed to master. It was more difficult than studying for my BA!

But then came disaster: the advent of the mobile phone; and even worse, the smartphone. The impact this little bit of metal has had on the youngsters of today’s world has been profoundly disturbing, for it has placed in the hands of children a tool that can be used highly capriciously.

Kids do not understand cyber ethics. In fact, they don’t understand the laws of privacy that may seem commonsensical to adults but which aren’t being taught to children before parental folly leaves this instrument in their unknowing little hands.

A girl (whom I shall call Rima) from a very traditional girls school in Colombo ‘hooks up’ with her classmate’s brother’s best friend. Mobile messages flatter her and proceed from the first text: “So when can I meet you?”

And then onto: “Where can I meet you?”

All is arranged by the girlfriend and her brother who consider it to be very much a lark. Rima believes all the silly declarations of love before she even meets the hopeful Romeo and considers herself to be in love before setting eyes on him.

The meeting takes place and this indiscretion is commemorated with selfies of them holding hands behind a rose bush. Alas! No one has told Rima that her young Romeo is talking to all his envious friends about the catch he has snared.

Those photos and her name are being passed around a large number of the young male student population of Colombo – and of course it is a matter of time before authorities in the shape of prefects, teachers and others see these mortifying pictures that Rima fondly imagined were only for Romeo to look at every night.

This is not a single, isolated incident of male perfidy. And sometimes a victim’s suicide has been its result.

Recently, I heard of an incident where two boys hacked into the phone of a classmate and sent vulgar messages to every name in his address book. His appalled parents suddenly found these messages appearing on their own mobiles as did the victim’s friends and relatives. Of course justice was meted out almost instantaneously but that is beside the point.

The burning question is this: how do we regulate the use of the cyber world? A mobile phone is now a virtual extension of a child’s body. Schools ban their use in classrooms given the ever-increasing incidence of cheating and other misuses that have been discovered. But in spite of school rules warning that smartphones will be confiscated if they’re found on the premises, these instruments are still being sneaked in and used subversively.

Why do parents buy these phones for their offspring and allow them to play with fire? Moreover, cyber-bullying continues apace along with parental outrage. But their fury is nothing like that of school principals who are faced with the ingenious methods schoolchildren invent to break the tightest of bans.

Parents, wake up – don’t buy mobile phones for your children.

Smartphones may be used at home – and that also only for educational purposes like googling for information. Supervise the social use to which your children put this new and formidable instrument, and let us ensure a happier situation for schoolchildren.