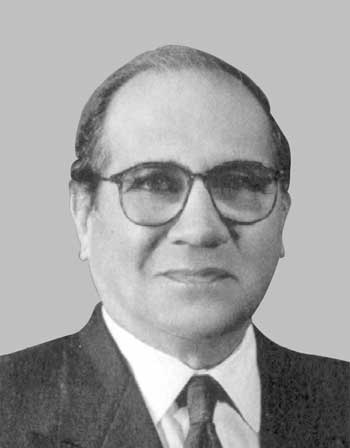 Public service is certainly part of the Gunewardene gene pool. Norman Gunewardene saw examples of service and a strong work ethic in his parents, and imbued his children with a civic sense that has benefitted their own and future generations.

His first expression of public duty was to join the Royal Ceylon Navy in 1952 as a young man.

Training in the shipping division at Britannia Royal Navy College (Dartmouth) in the United Kingdom and at the Indian Midshipman’s Training Establishment in Bombay awakened his passion for nautical logistics, and led him on retirement from the navy to a career in industry.

In 1956, he joined a marine engineering company – Bonars Ceylon – and then Aitken Spence and Company in 1958 as an executive in the shipping division. He soon saw several opportunities for expansion of the business as nascent transportation solutions such as containerisation were being increasingly utilised by shipping and cargo lines.

At Aitken Spence, Gunewardene quickly rose through the ranks. As a founder director of Aitken Spence Shipping in 1972, he led its entry into the prestigious multiport ship agencies network and headed the Far East Liner division of the multi principal shipping agency company, and elevated it to an industry benchmark.

He added more feathers to his cap at Aitken Spence, being instrumental in the launching of freight forwarding and air cargo operations by the conglomerate. The company made significant strides in the freight forwarding sector and grew to represent a host of leading international freight forwarding entities as a consequence of his unique awareness of transportation trends.

Gunewardene’s prescience of the trajectory of Sri Lanka’s logistics sector led to the establishment of distribution parks and satellite units in outstation locations and free trade zones, ensuring that Aitken Spence would be strategically positioned to reap the greatest dividends when the sector reached its full potential.

When he retired from the conglomerate, Gunewardene had served for long – and it was as the group’s chairman. He will be remembered not least for his pioneering efforts and contribution to the logistics infrastructure of a burgeoning sector.

His business ideology was imbued with the principles of integrity and discipline, and these qualities he passed on not only to those who worked for him but also to his three children who have chosen careers encompassing elements of public service.

Gunewardene’s greatest legacy will be the living example of the work ethic of his children.