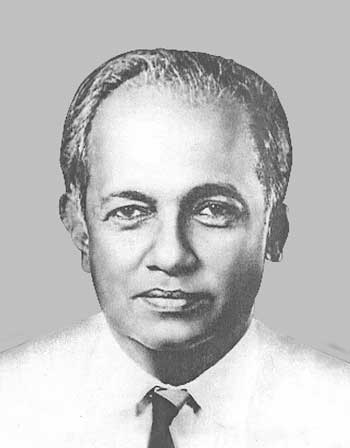 Twenty perches of land isn’t much space but it was enough for C. A. Harischandra to plant the seeds of his ambition.

In 1938, when he graduated from university with a degree in economics, Harischandra could have opted for a well remunerated job in the state sector. But the entrepreneurial call was too strong and he returned to his ‘hometown’ Matara to set up his own venture.

It took a measure of courage, for these were turbulent times for the world and the Empire. Hitler was manoeuvring and war would break out in 1939. Perhaps he understood that times of adversity could also be times of opportunity.

Harischandra’s first endeavour was to establish a rice mill in which he invested his entire fortune of Rs. 500. But rivals soon scuppered his profit margin and he was forced to close the mill. He then regrouped his resources and was determined to try again in 1943, founding Harischandra Mills to take advantage of the contract to mill rice for the government at the height of the Second World War.

People were at the heart of his sense of purpose. It was his desire to provide quality food products that set him on his course. It was his care for employees’ – he considered them to be his most valuable asset – welfare that led him to transfer 40 percent of his business’ shares amongst the workers and establish the Harischandra Mills Provident Fund Association at a time when such devices were virtually unheard of.

Harischandra was a true son of the soil of an ilk hardly encountered today. A former manager recounts: “When we travelled from Matara to Colombo, Sir would buy bananas to eat on the way. He would distribute the bananas among us, collect the banana peels, stop the vehicle and feed them to a cow by the side of the road. He never liked wasting anything.”

What a wonderful insight into the character of a man whose hard work and ambition has evolved over the decades. He had a triple bottom line approach long before it became fashionable. His name, his brand, has been a beloved and popular household staple for over 75 years.

The company continues to honour the values of its founder – giving back, quietly and unostentatiously – for when you know your worth and can share your wealth, others will speak of you.

C. A. Harischandra: a man ahead of his time.