Peace negotiations between Ukraine and Russia are to be held at the border of Ukraine and Belarus, it has been announced.

The office of Ukrainian president Volodymyr Zelensky made the announcement today on the fourth day of Russia’s invasion of Ukraine.

A statement on the Telegram messaging app said Russian and Ukrainian diplomats would meet without preconditions at an unspecified location on the Belarusian border – but a time for the meeting has not been disclosed.

The announcement came hours after Russia announced that its diplomatic delegation had flown to Belarus to await the peace talks.

Initially, Ukrainian officials had rejected the plan, saying any talks should take place elsewhere than Belarus – Russia’s ally and neighbour where there is a large number of Russian troops stationed.

The announcement comes as Russian troops continue their attempted takeover of Ukrainian capital Kyiv, after having failed to do so since Vladimir Putin launched an invasion on Thursday.

“We have withstood and are successfully repelling enemy attacks. The fighting goes on,” Mr Zelensky said in a video message from the streets of Kyiv.

On Sunday, the fourth day of the biggest assault on a European country since World War Two, Putin ordered his military command to put nuclear-armed forces on high alert. 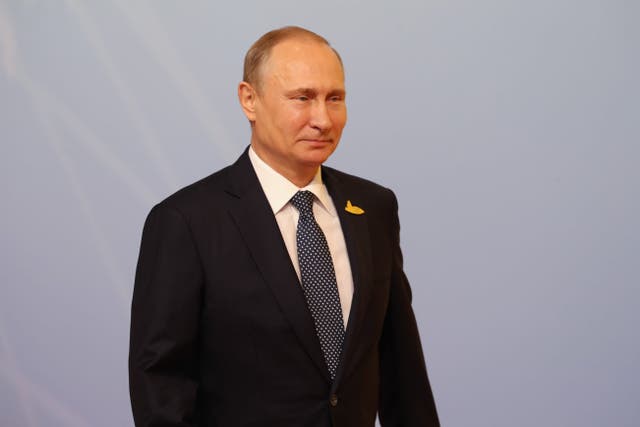 On state television, Putin cited “aggressive statements” by Nato leaders and economic sanctions imposed by the West against Moscow as his reasons.

Ukraine has claimed to have repelled a Russian attack on Kharkiv, Ukraine’s second biggest city where Russian troops blew up a natural gas pipeline, a Ukrainian state agency said. Footage shows a fireball rising to form a big mushroom cloud.

Linda Thomas-Greenfield, US Ambassador to the United Nations, said that “President Putin is continuing to escalate this war in a manner that is totally unacceptable and we have to continue to stem his actions in the strongest possible way”.
Hundreds of thousands of Ukrainian citizens have fled the countries to neighbouring nations, with the vast majority of them escaping to Poland. At least 240 Ukrainians have died, according to the UN, while the Ukrainian defence ministry has said that 4,300 Russian troops have been killed.
Ukraine’s Western allies have increased their response to Russia’s land, sea and air invasion with an almost blanket ban on Russian airlines using European airspace.

On Saturday, in announcing the strongest economic sanctions yet on Moscow, the US and Europe said they would forbid big Russian banks from Swift – the main global payments system.

They also announced other measures aimed at limiting Moscow’s use of a £470 billion (630bn USD) war chest of central bank reserves.