Asian traders on edge ahead of key US healthcare vote 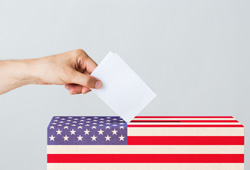 Asian investors moved uneasily Friday as they look to a delayed vote on US healthcare reform whose passage is seen as crucial to the future of Donald Trump’s growth-drive agenda.

The four-month rally in global stocks came to a juddering halt this week as the new president struggled to garner enough support from his own Republican party for a bill repealing Obamacare.

There are fears the bill’s failure would throw a spanner in the works for his other big-ticket pledges on infrastructure spending, tax cuts and deregulation – key drivers of the markets’ surge.

However, a vote on the reforms pencilled in for Thursday was put back a day with the White House saying it would definitely pass.

The administration gave lawmakers an ultimatum Thursday, warning that if the bill failed then Obamacare – which Republicans have vilified since its inception seven years ago – would stay in place and Trump would move on to the rest of his agenda.

Greg McKenna, chief market strategist at CFD and FX provider AxiTrader, said the bill’s success would be a major positive for Trump, who is struggling with a fractious Republican party, controversy over alleged links to Russia and record-low popularity ratings.

And Toshihiko Matsuno, head of investment information at SMBC Friend Securities, told AFP: “Even though the vote was delayed, the fact that it will take place Friday probably means the Republican plan will pass.”

However, McKenna added: “If it fails, then the whole house of cards that’s been built up since the election can come crashing down as traders and investors wonder what the heck will happen to tax and infrastructure plans.”

Tokyo ended the morning one percent higher with exporters lifted by a drop in the yen against the dollar, having advanced on the US unit all week.

The greenback fell below 111 yen briefly on Thursday but bought 111.32 yen in early Asian trade – though it is well down from the mid-113 yen range seen last Friday.

It also rose against the euro and sterling as well as most high-yielding currencies that have enjoyed a rally since the Federal Reserve last week indicated a slower-than-expected pace of interest rate hikes.

Sydney was up 0.9 percent, while Singapore and Wellington were also higher. But Hong Kong and Shanghai each fell 0.1 percent, while Seoul slipped 0.4 percent and Taipei shed 0.2 percent.