The Sri Lankan tourism industry is set to take a major hit in the wake of the terror attacks that shook the island nation a week ago. This is also expected to put a strain on the Sri Lankan economy, which had progressed since the end of the civil war in 2009. 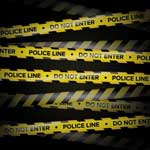 Sri Lanka’s rising GDP over the past decade was largely attributed to a flourishing tourism industry. The Sri Lanka Tourism Development Authority (SLTDA) claims that the inflow of tourists spiked, from less than 500,000 visitors in 2009 to a little less than 2.5 million in 2019.

Year 2018 witnessed tourism become the third largest and fastest growing source of foreign currency in the country. Contributing to almost five percent of Sri Lanka’s annual GDP and around 10 percent of overall employment in the country, the industry served as a backbone of the economy that is crippled with debt.

From being ranked as the number one travel destination for 2019 by Lonely Planet to currently being placed on a no-go list, it’s been an adverse turn of events!

Travel companies and hotels are preparing for a wave of cancellations while the exact impact of this tragedy on the tourism industry is yet to be gauged.

Although it is essential to remain optimistic of a recovery, it may be a while before normalcy returns.