Researchers have revealed that the speed and extent of current global warming exceeds any similar event in the past 2000 years, and that famous historic events such as the “Little Ice Age” do not compare with the scale of warming seen over the last century.

The research suggests that the current warming rate is higher than any observed previously.

The scientists said it showed many of the arguments used by climate sceptics were no longer valid.

The three papers have been published in the journals Nature and Nature Geoscience.

When scientists have surveyed the climatic history of the world over the past centuries a number of key eras have stood out.

These ranged from the “Roman Warm Period”, which ran from AD250 to AD400, and saw unusually warm weather across Europe, to the famed Little Ice Age, which saw temperatures drop for centuries from the 1300s. 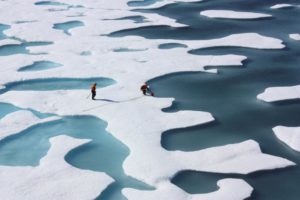 The events were seen by some as evidence that the world has warmed and cooled many times over the centuries and that the warming seen in the world since the industrial revolution was part of that pattern and therefore nothing to be alarmed about.

The science teams reconstructed the climate conditions that existed over the past 2000 years using 700 proxy records of temperature changes, including tree rings, corals and lake sediments.

They determined that none of these climate events occurred on a global scale.

The researchers say that, for example, the Little Ice Age was at its strongest in the Pacific Ocean in the 15th Century, while in Europe it was the 17th Century.

Generally, any longer-term peaks or troughs in temperature could be detected in no more than half the globe at any one time,

Similarly, the “Medieval Warm Period”, which ran between AD950 and AD1250 only saw significant temperature rises across 40 per cent of the Earth’s surface.

Today’s warming, by contrast, impacts the vast majority of the world.

“We find that the warmest period of the past two millennia occurred during the 20th Century for more than 98 per cent of the globe,” one of the papers states.

“This provides strong evidence that anthropogenic (human induced) global warming is not only unparalleled in terms of absolute temperatures but also unprecedented in spatial consistency within the context of the past 2000 years.” 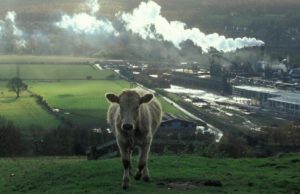 What the researchers saw is that prior to the modern industrial era, the most significant influence on climate was volcanoes.

They found no indication that variations in the Sun’s radiation impacted mean global temperatures.

“We see from the instrumental data and also from our reconstruction that in the recent past the warming rate clearly exceeds the natural warming rates that we calculated – that’s another view to look at the extraordinary nature of the present warming,” said Dr Raphael Neukom, from the University of Bern, Switzerland.

While the researchers did not set out to test whether humans were the chief influence on the current climate, their findings indicated clearly that this was the case. “We do not focus on looking at what’s causing the most recent warming as this has been done many times and the evidence is always agreeing that it is the anthropogenic cause,” said Dr Neukom.

“We do not explicitly test this; we can only show that natural causes are not sufficient from our data to actually cause the spatial pattern and the warming rate that we are observing now.”

Other scientists have been impressed with the quality of the new studies.

“They have done this across the globe with more than 700 records over the past 2000 years; they have corals and lakes and also instrumental data,” said Professor Daniela Schmidt from the University of Bristol, who was not involved with the studies. Many experts have said that this new work debunks many of the claims made by climate sceptics in recent decades.

“This paper should finally stop climate change deniers claiming that the recent observed coherent global warming is part of a natural climate cycle,” said Professor Mark Maslin, from University College London, who was not part of the studies.

“This paper shows the truly stark difference between regional and localised changes in climate of the past and the truly global effect of anthropogenic greenhouse emissions.”

« Boris Johnson’s battles
Is India the answer to Netflix’s troubles? »