INCLUSIVITY IN GOVERNANCE IN AFTERMATH OF 20TH AMENDMENT 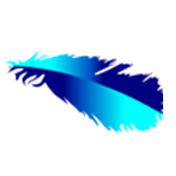 The rushed passage of the 20th Amendment by the requisite 2/3 majority in parliament reinforces the dominance of the presidency in the governance of the country. There was unprecedented criticisms of the 20th Amendment by sections of the religious clergy and civil society. The National Peace Council voiced its concern about the passage of the 20th Amendment as it reduced the system of checks and balances, and vitiated the independence of key state institutions which are the pillars of parliamentary democracy. If not for the support of ethnic minority parliamentarians who broke ranks from their party leaderships a 2/3rd majority required for constitutional change may not have been a reality.

With the passage of the 20th Amendment the presidency will wield enormous powers which will need to be used with restraint and wisdom.  Unless presidential leadership is utilized to resolve   long standing issues made unresolvable by partisan politics such as the ethnic conflict and politicization of the public service, this will be another ephemeral political phenomenon.  We take this opportunity to urge President Gotabaya Rajapaksa to work in consultation with both government and opposition parliamentarians and to dialogue with those with different opinions.  Although such a process can take more time, it is essential for democratic problem solving with all stakeholders being made part of the solution.

While noting that a significant number of parliamentarians representing ethnic and minority parties, voted in favour of the 20th Amendment, we also recall the president’s pledge shortly after he took his oaths, that he was the president of all Sri Lankans and not simply those who voted for him. Especially in a plural society, such as ours, dialogue and inclusion are more likely to lead to sustainable solutions than imposed solutions. There are many challenges that the government has to take up without delay including the escalating Covid spread, which is now emerging as community transmission, and its impact on the poor and marginalized, economic hardships that affect the majority of people, the mounting foreign debt and threats to national sovereignty resulting from this and repatriation of our migrant workers.

As a peacebuilding organization we look towards the creation of a modern state that incorporates a nationally designed reconciliation process in which equal citizenship and inclusive development leaves out no section or part of the country. We see an opportunity for a lasting solution to evolve through the process of drafting a new constitution for which the government has called for public representations.  It is important that pluralistic values are embedded in the new constitution that will have the support of all sections of ethnic and religious communities living in Sri Lanka.  Failure to do so will further exacerbate the frustrations and polarization of citizens and be yet another lost opportunity for the country to make the transition to sustainable peace and development.

The National Peace Council is an independent and non partisan organization that works towards a negotiated political solution to the ethnic conflict in Sri Lanka. It has a vision of a peaceful and prosperous Sri Lanka in which the freedom, human rights and democratic rights of all the communities are respected. The policy of the National Peace Council is determined by its Governing Council of 20 members who are drawn from diverse walks of life and belong to all the main ethnic and religious communities in the country.