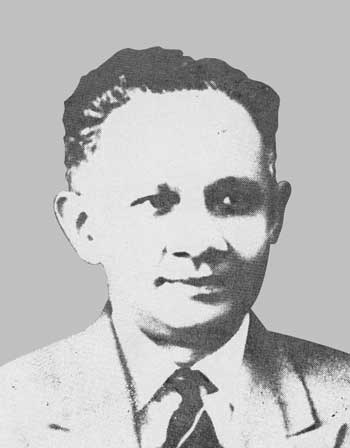 Losing a parent at any age is hard to countenance. But to lose one’s father at the young age of 12 must have been especially difficult; and Eardley de Silva, had to face up to this terrible trial, and at the same time find the courage and strength to support his younger siblings.

De Silva had thought to pursue a career at the bar but as that would have meant years of study and expense, he gave up the idea of becoming a lawyer and joined the British Ceylon Corporation, and took to a career in the mercantile milieu instead.

These were post-World War II years and times were hard on most. He saw the potential of the types of transactions a finance company could engage in – viz. hire purchase schemes, unsecured lending and the like – and spoke about the possibilities.

He was invited to form The Finance Company and made a reputation for himself as its manager. Post the takeover of the sole agency from Ford Australia of the Ford operations in Ceylon by Richard Pieris & Company, de Silva (who had been recruited to the company by then) was instrumental in sealing the deal. He was rewarded with a directorate at Richard Pieris.

Once again, it was his hand that led to the founding of another finance company – Arpico Finance Company – and soon, his business acumen and integrity propelled him to leadership positions in prestigious chambers and associations.

The media dubbed him ‘the simple shirt wearing chairman of the highest mercantile sector.’

But there was more to his vision – beyond these heights. The Ford agents needed funding for their expanding business and so in 1956, de Silva with others formed Alliance Finance with an issued share capital of only 150,000 rupees.

In an office located in a small rented wooden shed on Campbell Place, the company commenced operations. The ‘father of hire purchase’ had taken yet another step in consolidating an idea, which perhaps had its seeds in the loss suffered during childhood.

Alliance Finance has evolved and thrived by maintaining the innovative ethos of its founder, and introduced concepts such as ‘block loans.’ And it has been among the first to accept public deposits.

By 1975, when its dynamic and pioneering founder was laid to rest, Alliance Finance had set up in the more salubrious Ward Place and established a network that spanned the island.

Eardley de Silva: he understood the value of financial access.