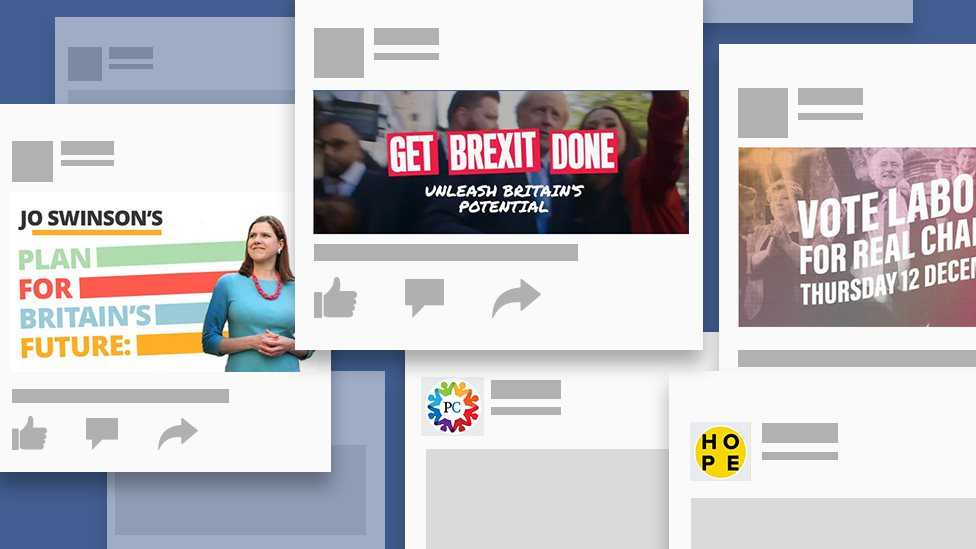 Google will no longer allow political campaigns to target advertising at people based on their supposed political leanings.

Campaigns will also be unable to match their own database of prospective voters against Google’s user base, to target individuals across platforms such as YouTube and Google search.

The policy will begin in the UK “within a week”, with other regions later.

Campaigns will still be able to target based on age, gender and location.

Google added it would also take action on obviously misleading statements in ads, putting it at odds with Facebook.

Mark Zuckerberg said his social network would not fact-check advertising from political candidates or campaigns.

Google’s new policy puts it somewhere roughly in the middle, suggesting a hands-off approach, with only the the most obvious misinformation being acted upon.

“We recognize that robust political dialogue is an important part of democracy, and no one can sensibly adjudicate every political claim, counterclaim, and insinuation,” said Scott Spencer, Google’s head of product management for Google Ads, in a blog post published on Wednesday.

“So we expect that the number of political ads on which we take action will be very limited – but we will continue to do so for clear violations.”

Based on a user’s browsing habits – such as what news websites they frequent – Google makes an assumption about whether that user has left- or right-leaning political views.

In the US – but not in other countries, including the UK – political campaigns have the option to target people based on their political leaning.

It was however possible for campaigns in other countries to upload their own lists of contact details – a database of party members, for example – to Google, which would then match it with users on its service so ads could reach those people directly.

This will no longer be allowed.

“It will take some time to implement these changes,” Mr Spencer explained.

“We will begin enforcing the new approach in the UK within a week (ahead of the general election), in the EU by the end of the year, and in the rest of the world starting on 6 January, 2020.”

Campaigns, like any other advertiser, can still place ads against specific types of content – such as videos about football or articles on the economy – Google said.

Any action taken against advertising deemed to be against its polices will be logged on Google’s Transparency Report section.

Details about deleted ads will appear on the page, but not the advertisement itself. Google said this data would remain downloadable so it could be independently analysed.

Since March 2019, for example, Google’s figures suggest just £171,250 has been spent on political advertising ads within the UK.

In the US, campaigns have spent $128m on Google ads since the firm started publishing data on the region in May 2018.

The biggest spender, the “Trump Make America Great Again Committee”, has spent $8.5m on Google since that date.