German Research Vessel Polarstern has found a location to begin its year-long drift in Arctic sea-ice.

The ship, which will head the North Pole’s biggest scientific expedition, will settle next to a thick ice floe on the Siberian side of the ocean basin.

The precise location is 85 degrees north and 137 degrees east.

Hundreds of investigators will use it as a base from which to probe the impacts of climate change at the top of the world.

“After a brief but intensive search, we’ve found our home for the months to come,” said expedition leader Prof Markus Rex, from the Alfred Wegener Institute (AWI).

“It may not be the perfect floe but it’s the best one in this part of the Arctic and offers better working conditions than we could have expected after a warm Arctic summer.” 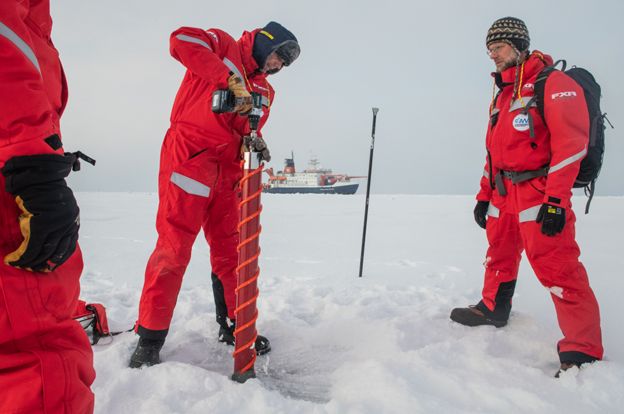 RV Polarstern set out on its MOSAiC (Multidisciplinary drifting Observatory for the Study of Arctic Climate) mission two weeks ago.

It travelled from the Norwegian port of Tromsø, supported by other icebreakers in search of a suitable piece of ice where it could set up a camp.

Sixteen possible locations were scouted with the aid of satellite imagery and helicopters. A metres-thick floe measuring roughly 2.5km by 3.5km was eventually chosen.

The international expedition considers itself lucky to have identified its home so soon after departing Tromsø. This summer’s warmth has produced the second smallest Arctic sea-ice extent in the satellite era. As a consequence, the ice capping the ocean surface is very thin. 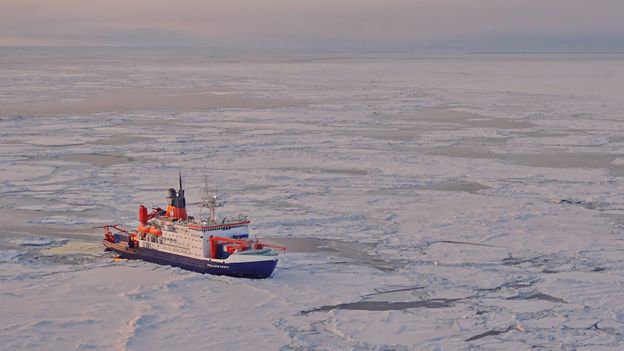 The floes, though, are now succumbing to the winter freeze-up. The Sun no longer rises above the horizon at the ship’s location and it won’t be long before the 24-hour darkness of “polar night” descends on the MOSAiC expedition.

RV Polarstern will soon be locked solid in the ice.

The vessel won’t break free again until September or October next year, by which time it will have drifted past the North Pole and be in waters somewhere in the Fram Strait. This is the passage that runs between northeast Greenland and the Svalbard archipelago.

MOSAiC’s objective is to study all aspects of the climate system in the Arctic. Instrument stations will be set up on the ice all around the ship, including some up to 50km away.

The ice, the ocean, the atmosphere, even the wildlife will all be sampled. The year-long investigations are designed to give more certainty to the projections of future change. 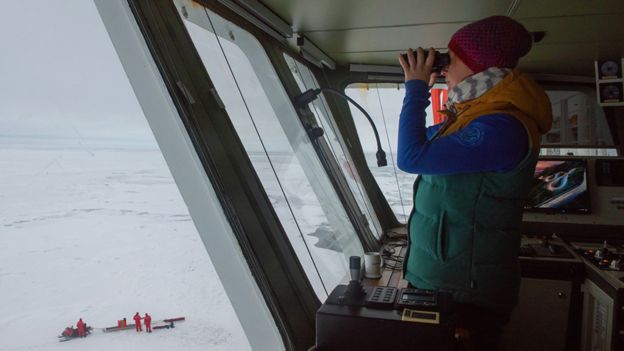 Prof Rex told the BBC before departure that the Arctic was currently warming at twice the rate of the rest of the planet but that the climate models were highly uncertain as to how this temperature trend would develop in the coming decades.

“We don’t have any robust climate predictions for the Arctic and the reason is we don’t understand the processes there very well,” he explained.

“That’s because we were never able to observe them year-round, and certainly not in winter when the ice is at its thickest and we can’t break it with our research vessels.”

Something similar to the €130m (£120m/$150m) MOSAiC mission has been tried before, but nothing comparable in scale.

About 600 scientists are expected to spend months at a time with the Polarstern.

They’ll be brought in by the support icebreakers.

When that’s not possible at the height of winter, when the sea-ice is at its thickest, aircraft and long-range helicopters will have to deliver the necessary supplies and relief teams. 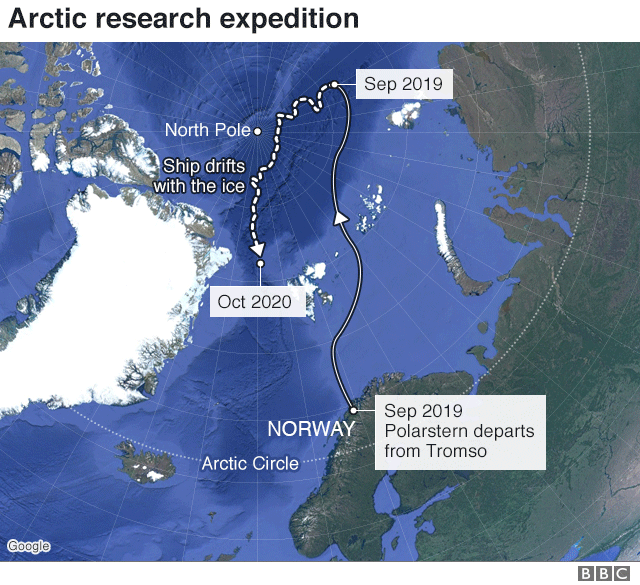