The partnership will make Uber the first mobility and food delivery app to strike a sponsorship deal with the ICC for the Men’s Cricket World Cup, one of the most watched sporting events, which will be played in England and Wales from 30 May to 14 July with an estimated global viewing audience of 1.5 billion. 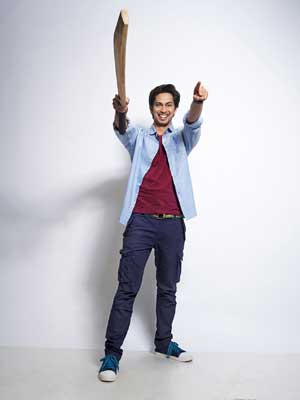 Uber’s campaign ‘This World Cup, Every Fan Wins’ aims to create a culture of togetherness and puts cricket lovers at the heart of the celebration, which includes the World Cup’s first and very own anthem – Way-O, Way-O.

The anthem is sung by acclaimed artists across five participating countries and will give ardent fans a signature song to cheer on and celebrate the sport. Uber will fly down hundreds of driver partners as well as riders to the Men’s Cricket World Cup and will also host a series of activities to foster a spirit of solidarity at the tournament.

Uber’s Chief International Business Officer, Brooks Entwistle said, “We’re excited to further our commitment to cricket as a global sport and bring our community of riders and drivers closer to each other and a game they love so much. Cricket is passionately followed in eight participating countries, where Uber is an integral part of people’s day-to-day life. We believe, this partnership, allows fans to pursue their passion while we take care of their commute requirements.”

He further added, “We are thrilled to launch the World Cup’s first ever anthem, which puts fans at the heart of this celebration. We are very confident the anthem will resonate with hundreds of millions of cricket lovers across the world.”

Commenting on the partnership, Manu Sawhney, CEO of the International Cricket Council, said, “We are delighted to continue our partnership with Uber for the ICC Men’s Cricket World Cup 2019. Their commitment to cricket was clear during last year’s Women’s T20 World Cup where the brand brought to life some of the wonderful stories behind the players with the #RoadSheMade campaign. Uber has some equally exciting plans for this summer’s event and shares our ambition to make this the greatest celebration of cricket ever.”

Last year, in line with the company’s initiative to empower girls and women around the world, Uber supported the first ever standalone ICC Women’s T20 World Cup in the West Indies. As a part of this partnership, Uber rolled out the #JerseyKnowsNoGender campaign in collaboration with sports personalities from different fields to encourage women’s participation in sports and to also generate support for the T20 Championship.

Uber’s mission is to create opportunity through movement. Uber started in 2010 to solve a simple problem: how do you get access to a ride at the touch of a button? More than 10 billion trips later, Uber is building products to get people closer to where they want to be. By changing how people, food, and things move through cities, Uber is a platform that opens up the world to new possibilities.

ABOUT THE ICC CRICKET WORLD CUP 2019