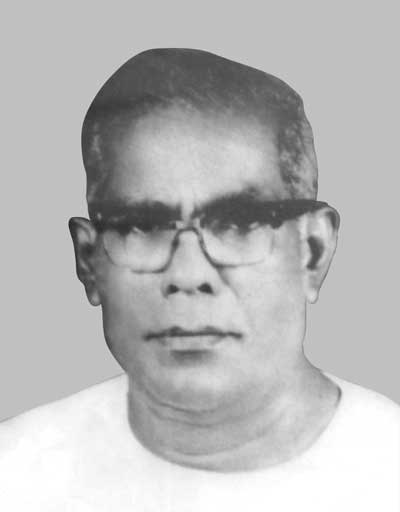 When the probability of independence loomed large, young men from the south of the island made their way to the capital in search of fortune. Independence for Ceylon came with much less violence and heartache than for its neighbour to the north, and there was a considerable sense of optimism in the air.

British firms were pulling out and there was scope for the entrepreneurial spirit to make good.

This was the commercial capital that P. G. Martin Nimalasiri, a fresh faced youth from the southern village in Matara, ventured to.

Undaunted and undeterred, he set forth; and with great foresight, Martin determined that he would not compromise on the quality of his products.

Sri Lanka, Ceylon at the time, had the raw materials and craftsmen, and the capacity and skill to turn out quality leather products, and Martin leveraged this in growing his business. The availability of high quality rubber resources – such as natural rubber to produce sole crepe – was a particular boon.

Martin put the few hundred rupees – a small fortune in those times – he had arrived with to good use, and soon had a manufactory up and running. Post-colonial generations were frequently shod by P. G. Martin, the eponymous enterprise he founded.

Today, P. G. Martin production takes place in two state-of-the-art factories, which produce and deliver high quality goods. Some of the 70 plus skilled craftsmen have been with the company for decades. And the operation takes pride in its ability to conduct the entire production process in-house from end-to-end within its own facilities.

Over the years, P. G. Martin Industries has grown to become one of Sri Lanka’s largest manufacturers of luggage and travel and fashion accessories, and the next generations have diversified operations.

In a step that would have made its founder proud and in keeping with the spirit of the enterprise, P. G. Martin initiated a unique programme in partnership with the Prisons Department of Sri Lanka.

The company set up a manufacturing facility within the Welikada Prison complex to train inmate volunteers. Post their training, and if they so wished, the company would proceed to provide inmates with employment.

P. G. Martin Nimalasiri: he cobbled a desire into a successful enterprise.