Richard Branson: We’re at the dawn of new era of space exploration

We need a shift in human thinking to be able to solve some of the greatest questions of our time — and I believe space is part of the answer.

I have been dreaming of space travel since I watched the moon landings from a tiny black-and-white television screen in 1969 and looked up to the skies in wonder. I was in awe of the courage it must have taken — to turn something seemingly impossible into a reality. This fascination with flying, breaking boundaries and exploring the great unknown has never left me. It has given me the inspiration and the courage to guide many of my business decisions, from Virgin Atlantic to Virgin Galactic. 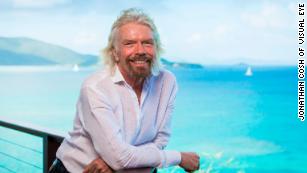 I have had the privilege of meeting and often working with many of the geniuses of flight: the inventors and the adventurers, the daredevils and the dreamers. What they all have in common is a desire to make the world a better place — and to do it by examining the world from a different angle.

This desire is what spurs us on at Virgin Galactic to open up space even further. We want to benefit everyone on Earth.

Which is why it was one of the proudest moments in my life when Virgin Galactic’s spaceship, VSS Unity — built to carry private paying passengers — reached space for the first time in December.

VSS Unity reached space for the second time in February. On this flight, chief pilot Dave Mackay became the first Scottish-born astronaut and Virgin Galactic’s chief astronaut instructor, Beth Moses, became the first woman to fly on a commercial spaceship. Her expression as she looked back on Earth from space sums up why this venture is so worthwhile. 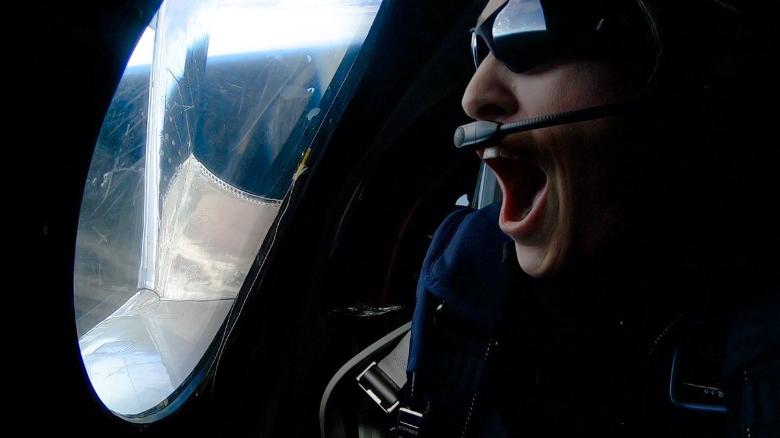 I’ve always been fascinated by the overview effect — a new clarity that astronauts describe experiencing when they look down on Earth from space and become overwhelmed by how beautiful and fragile our planet is. Speaking to our astronauts after these two flights only heightened my excitement to experience this for myself.

Mackay, an ex-Royal Air Force test pilot and Virgin Atlantic captain, was joined by pilot Mike “Sooch” Masucci. Mackay told me that the views are absolutely extraordinary, and Sooch said he felt incredibly peaceful looking down on our planet.

Meanwhile, Moses told me it was “sensationally intense” and described how she could see the snow on the mountains and the deep blue Pacific Ocean. She told Verge that it was like “Earth was wearing her diamonds … because it was so glistening and sharp.” Moses added that looking down on Earth has also made her “so much more optimistic about humanity in the future.”

There is more that unites humanity than divides it, and one of the most important and exciting things about exploring space is how it can bring us all together. Everyone should be able to marvel at the beauty of our planet and understand why we need to protect it — the way Moses has.

I have a tendency to keep pushing forward — eager and impatient anticipation for everything yet to come. And my entire team is looking forward to further test flights in the near future as we move steadily toward a full commercial passenger service from Spaceport America in New Mexico.

I said after the flight on December 13, as I stood with our pilots, Frederick “CJ” Sturckow and Mark “Forger” Stucky, that when you set off on important adventures, exceptional people come forward to join the journey — people who are consistently by your side and on your side, people who share your dreams and people who help make them reality. Reaching space has been the ultimate team effort.

It is evident that we are finally at the dawn of a new age of space exploration, which will see reusable space vehicles built and operated by commercially successful private companies, transforming our business and personal lives in ways that we have yet to comprehend fully.

Standing on the flight line, I could hear my dad in the back of my mind saying, as he often did, “Isn’t life wonderful?”