Q: How has the tourism industry developed in recent years?

A: Sri Lanka has enjoyed steady growth in tourist arrivals since the end of the civil war. Today, tourism is recognised as an economic pillar.

It has drawn the attention of both the public and private sectors to increase its contribution to GDP, with infrastructure development and investments to enhance existing products. Reputable brands with expertise in service are also entering the industry, uplifting the destination’s value.

But we’ve also had serious setbacks – be they political, natural disasters or ethnic conflicts and most recently, terrorism – that have slowed anticipated growth.

With travellers seeking new and fresh destinations with diversity, Sri Lanka has been recognised as a sought after travel destination in the recent past and is currently under the spotlight for different reasons.

Q: So how will introducing visas on arrival impact tourism?

A: We have a hassle free e-visa process and the option of obtaining visas on arrival at a price – in my view, this cost doesn’t influence the choice of destination as long as it’s a simple process and is reasonably priced. Most destinations that we compete with require visas and some have stricter border controls with higher fees.

The move to support arrivals from specific markets in the low season by waiving visa fees is sensible and timely. These policies should have a long-term focus to see significant impacts.

Q: Which segments could be developed to drive growth?

A: We need to fast track the infrastructure development progress – the airport expansion, for example – to support anticipated growth. Domestic airports and air service providers should be developed to capture the luxury travel segment.

Colombo’s entertainment sector should be upgraded – entertainment hubs must be created to address the needs of adventure seekers and families. 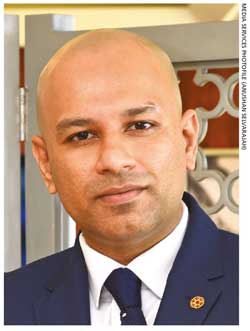 Q: What are the key challenges facing the tourism industry?

A: Sri Lanka’s hospitality sector is growing rapidly in certain segments and the pace has been accelerating. But this has created a shortage of skilled labour for the industry and the supply of jobs is higher than the demand. Also, most of our people seek better opportunities in the Maldives or Middle East when they reach a certain skill level, which has created a vacuum. This has become a grave concern in the context of maintaining expected service levels; and so far there’s no industry level strategy to address this.

Q: Which global trends are impacting the industry?

A: Year 2019 is seeing significant changes to how, why and where travellers choose to travel. Passports have become cookbooks. Travellers want to explore local cuisines and replicate their experiences when they return home. Sri Lanka has been cited as one of the hottest places for culinary adventures. In addition, 86 percent of global travellers would be willing to spend time positively contributing to the environment during their stays – over 37 percent are willing to clear plastic and litter from beaches, for example.

Q: What innovations could improve productivity?

A: With a large number of youth interested in hospitality as a career, industry leaders must implement sustainable initiatives to engage and encourage them to be a part of its future.

Recognising the challenges associated with global warming, embracing technology and design, as well as safety and sustainability, contribute strongly to guest satisfaction; they influence decision makers when they make their holiday bookings.

Q: In which markets do you see growth opportunities?

With the assistance of Sri Lankan missions in Australia, the Sri Lanka Tourism Promotion Bureau has undertaken digital billboard advertisement campaigns in Sydney and Melbourne.

We also need to look at developing markets to cover the difficult seasons – such as from May to October – by introducing concessions to operate charters from the Nordic, Benelux, Russian and CIS regions.

Q: What is your take of ‘So Sri Lanka’ and similar campaigns?

A: This is a timely and positive step, highlighting the country’s diversity and key touch points that encapsulate the idea that our island nation is ‘more than just a nation – it’s a feeling.’

I was thrilled to see the recent three minute film showcasing Sri Lanka from a local’s perspective featuring some of the country’s iconic animals.