OPPORTUNITIES FOR THE RETAIL SECTOR

Sri Lanka’s retail sector is set to have a bright 2019 due to the country being ranked first among Lonely Planet’s top 10 countries to visit in 2019, according to Cargills (Ceylon) Deputy Chairman and CEO Ranjit Page. 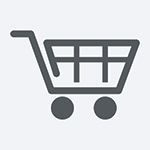 At the Sri Lanka Retailers’ Association (SLRA) AGM, he predicted that the country’s future would be driven by the services sector and noted that businesses should be ready to adapt to new demands.

Chairman elect of the SLRA and Cargills Retail CEO Sidath Kodikara observed: “Retail attracts over 250 million footfalls in Sri Lanka, which exemplifies the potential of physical retailing, while the number of clicks for online retail is estimated to be slightly under two percent and growing at the rate of 200 percent annually.”