Dr Sterghios Moschos, associate professor at Northumbria University, said: ‘Our ambition is to reduce the need for bloodletting for diagnosis in its broadest sense.’

Some airports around the world – notably in the US and Singapore – have started using temperature scanners to pick out people with fevers, in a bid to spot afflicted patients.

But experts say this is ineffective because many virus carriers do not have a raised temperature. 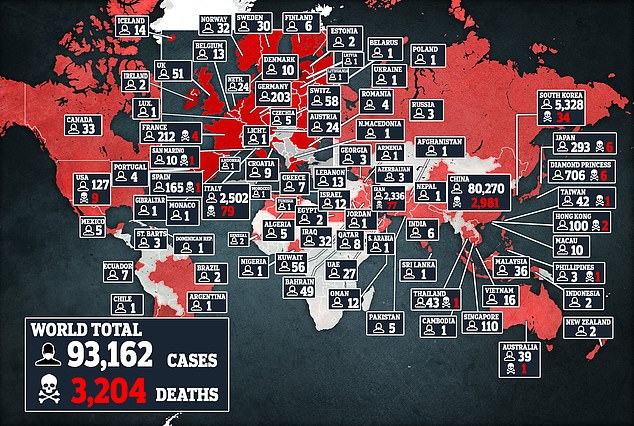 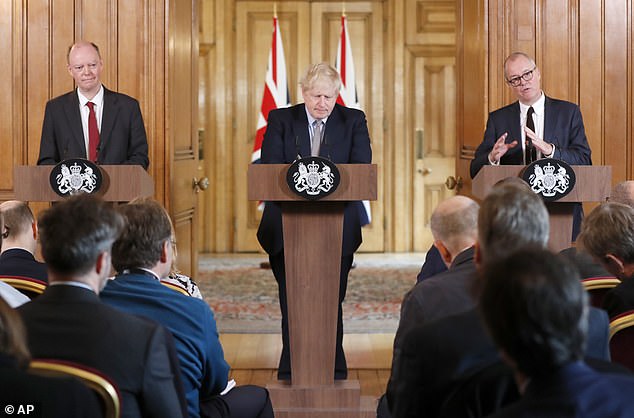 Chief Medical Officer Chris Whitty (left, alongside the PM and Chief Scientific Adviser Patrick Vallance) yesterday said he expected the spread to be ‘probably a lot lower’ than the worst-case scenario in which eight in ten could get it 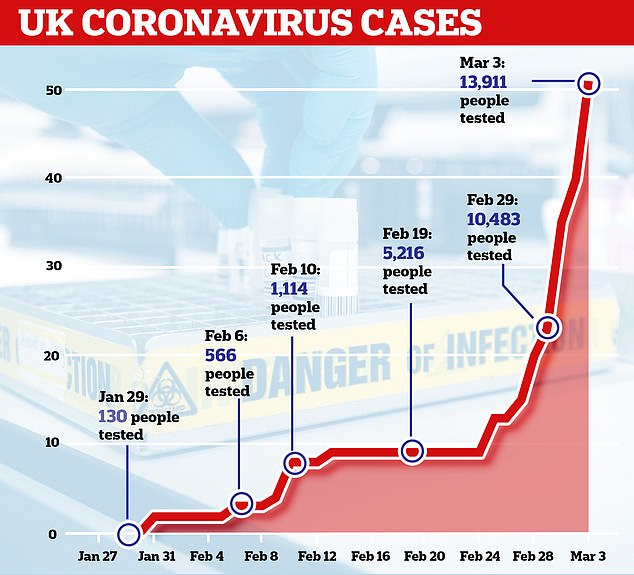 Dr Moschos said: ‘In the case of coronavirus, temperature monitoring in airports is not sufficient.’ In UK airports people coming from certain countries – such as China, South Korea and Japan – are asked if they have health complaints.

But again, this does not pick up all carriers because many people may pass through without even knowing they have the virus.

In hospitals, swabs are used, Dr Moschos said. But a more simple test will enable people to be diagnosed in other settings.

‘The World Health Organization currently recommends testing nasal swabs, oral swabs and swabs from inside the lungs to avoid missing the infection,’ he said.

‘That’s why it’s vital that we develop non-invasive, quick and cost-effective tests for diagnosis and screening.

‘The research evidence that shows this is possible is well established, what is missing is the standardised and reliable approach to do so outside the research lab: in pharmacies, GP surgeries or the back of an ambulance, for example.’

The main use for the diagnostic tool would be in human healthcare, but the researchers say there could be other uses in industries such as veterinary medicine, biosecurity, agri-technology and food processing.

Professor George Marston, pro vice-chancellor for research and innovation at Northumbria University, said: ‘The team have ambitions for this technology to replace invasive venous and respiratory sampling tests where possible, particularly for older and younger patients where needles and invasive tests can be uncomfortable or sometimes not possible.

‘We need new medical tools that diagnose disease and monitor health more quickly, and this device is one of those technologies.

‘Dr Moschos and his team have the skills and experience to take this device to market, which will have a huge impact on healthcare around the world in years to come.’