McLaren unveils $1.7 million supercar with no roof and a windshield made of air

New York (CNN Business)-The new McLaren Elva supercar costs $1.7 million, not including options like a sound system or exposed carbon fiber body panels. One option you won’t be able to get: A roof.

The Elva isn’t a convertible. It’s an open-topped roadster, meaning it has, literally, zero roof of any kind.

You can pay a little extra to get a windshield if you want. (It will be legally required to get one in some US states, McLaren said.)

To help keep the wind out of your face, the Elva’s Active Air Management System deploys when the car is driven at faster than suburban street speeds, roughly 25 miles per hour. The system directs air around the cabin to create what it calls a “bubble of calm” for those inside. Air is channeled through the car’s nose — or front end — and sent out in a high-velocity sheet, just ahead of the cockpit. This air acts like a windshield, forcing oncoming air around the cockpit. A small carbon fiber wind deflector also rises up at the front of the car, further directing the air around the cabin. 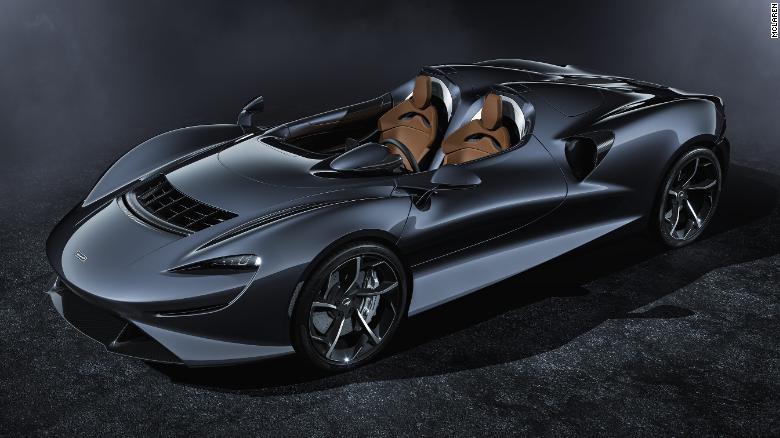 The Elva, powered by an 804-horsepower turbocharged V8 engine mounted just behind the seats, can accelerate from zero to 60 miles per hour in under three seconds. It’s part of McLaren’s Ultimate Series family of supercars, along with the track-focused Senna and the more road-oriented McLaren Speedtail, a three-seater with a center driver’s seat. 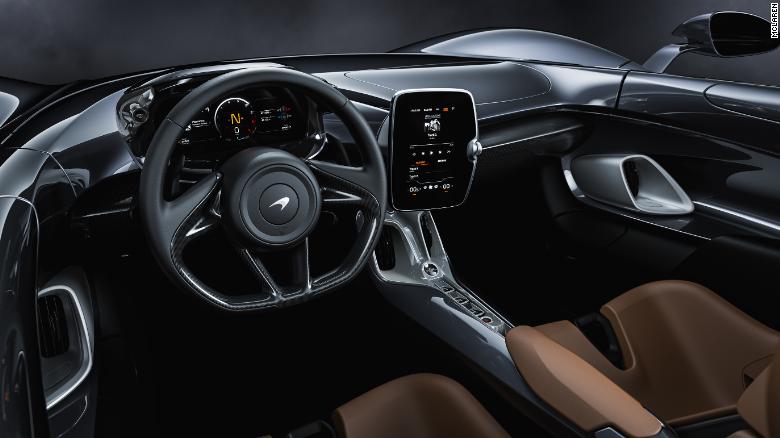 Only 399 Elvas will be made, McLaren said, with the first expected to be delivered near the end of 2020. The British company also offers somewhat more accessible sports cars. For instance, prices for the McLaren 570S start at under $200,000 and the McLaren GT can be purchased for about $20,000 more than that. 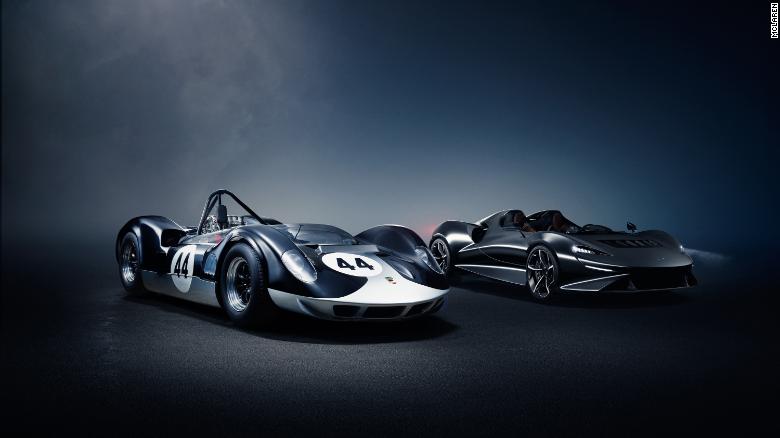 The Elva is modeled on the McLaren-Elva racecar of the mid-1960s. That car was originally created by McLaren but, after some initial racing success with early models, manufacturing was taken over by Elva Cars Ltd. In 1966 Road & Track magazine called the McLaren-Elva “the fastest car we’ve ever tested (and) an example of the latest thinking in sports/racing cars.”

That same year, Elvis Presley drove one in the musical racing movie “Spinout.” Like the latest version, the McLaren-Elva was an open-topped car. It was powered by a 340 horsepower Oldsmobile V8 engine that was also mounted behind the seats.